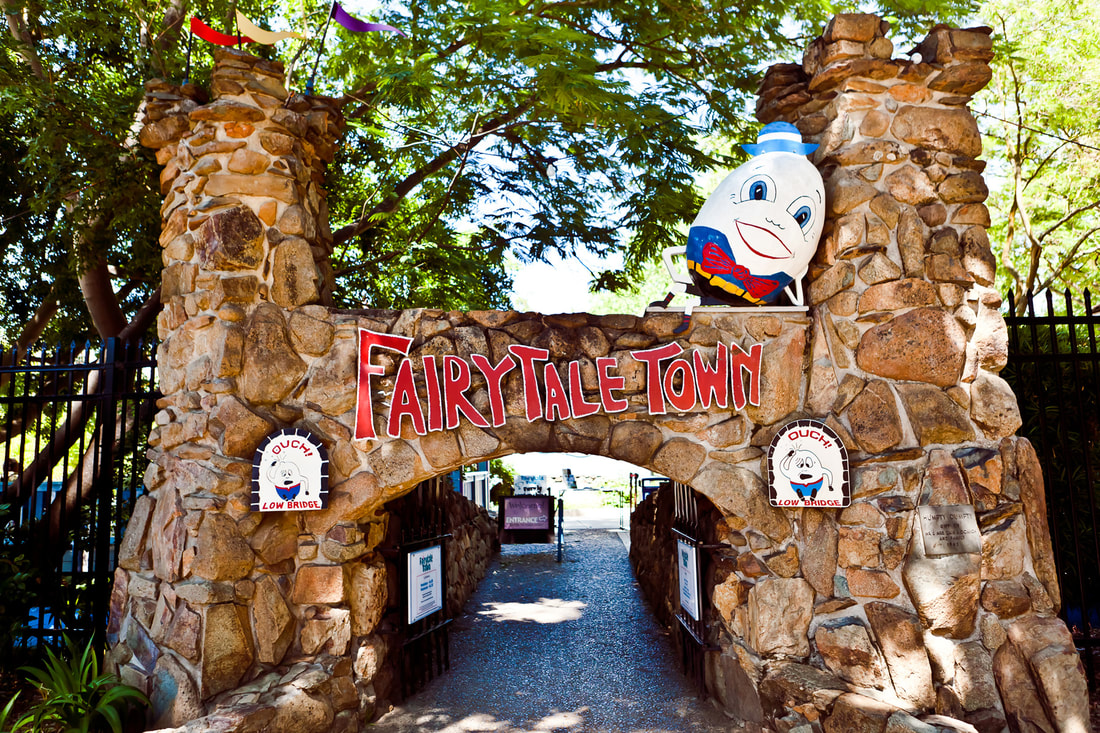 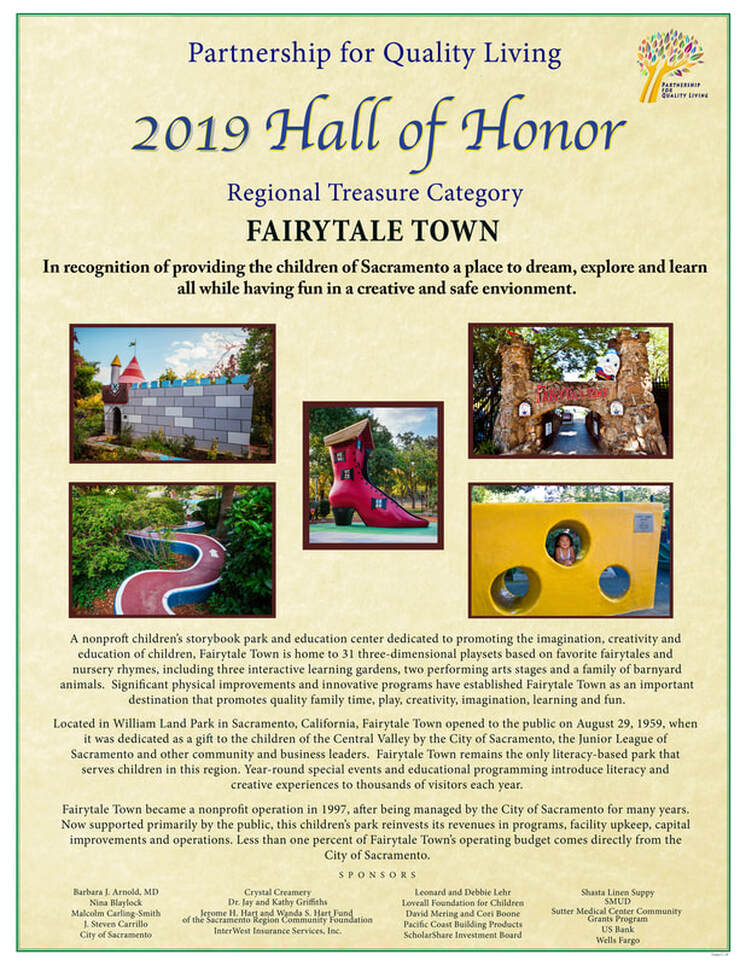 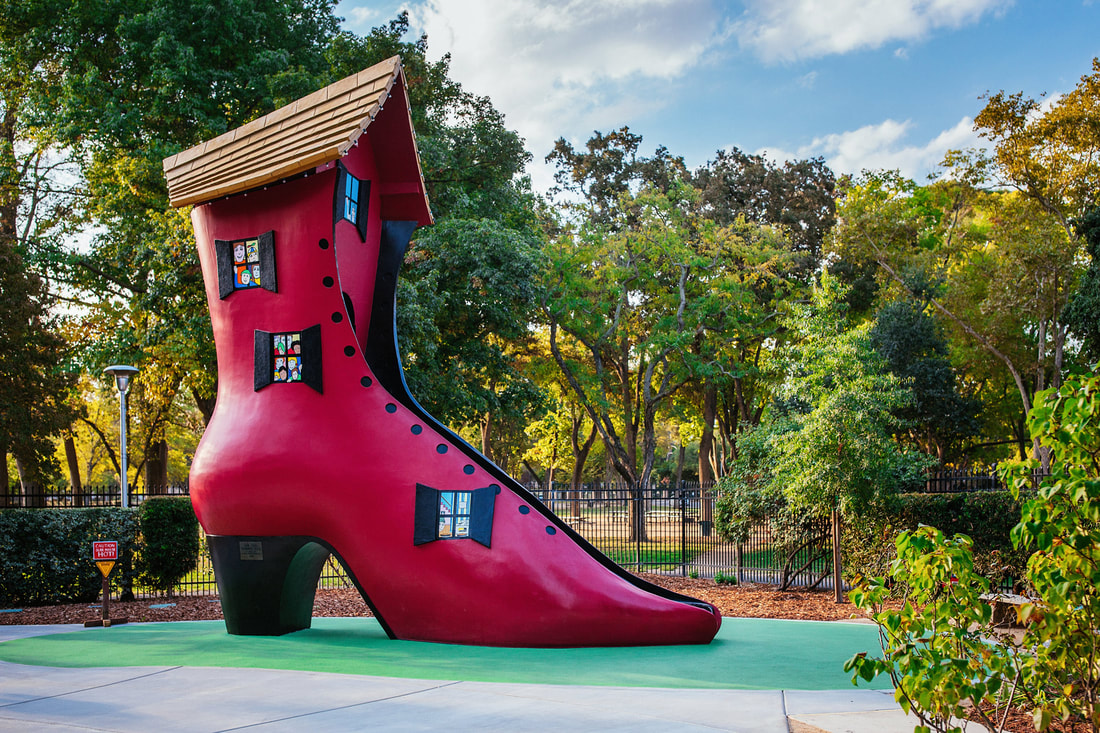 “A magic wand is waving over a small section of our beautiful William Land Park, changing children’s dreams to reality.”

So proclaimed the very first brochure published by the Friends of Fairytale Town, Inc., in 1956 to help raise funds to build an innovative new “storybook” park in Sacramento. Sparked by the creativity and success of Disneyland and the 1950 opening of Fairyland in Oakland, storybook parks began to blossom across the country in the 1950s and 60s. All unique, only a few are still open to the public today. Fairytale Town’s first brochure explained that Sacramento’s park would “…depict classics in children’s literature and [be] among the child’s first contacts with life and human relations.”

In September 1955, the Junior League of Sacramento proposed that the Sacramento City Council should accept Fairytale Town as a gift and assume the responsibility of operating and maintaining the project after its completion. Friends of Fairytale Town, Inc., was formed in May 1956 to serve as an advisory board to the city. This 15-member board leapt into action, commissioning miniature scale models. The board also raised approximately $82,000 in donations from civic organizations, businesses and individuals who had been encouraged to “show their love of children in a practical way” by becoming benefactors of Fairytale Town. The total cost of the project, not including the land, amounted to $107,000. Today, an operating board still oversees the operation of Fairytale Town.

Fairytale Town opened to the public on August 29, 1959. Located in William Land Park in Sacramento, California, Fairytale Town was dedicated as a gift to the children of the Central Valley by the City of Sacramento, the Junior League of Sacramento and other community and business leaders.

Since opening their gates in 1959, Fairytale Town has delighted millions of guests, inspiring imagination, creativity and literacy. A 1979 history of Fairytale Town in the park archives notes that between opening day of August 29, 1959 and March 1979, Fairytale Town welcomed 5,346,546 visitors through Humpty Dumpty’s gates. Today, approximately 230,000 guests from more than 100 zip codes and 30 counties visit Fairytale Town annually. Fairytale Town serves a wide audience from a variety of socioeconomic backgrounds and geographic areas. Fairytale Town also serves school children from low-income households and children with disabilities with free admission.

Now supported primarily by the public, this children’s park reinvests its revenues in park maintenance, programs and operations. As the 1956 brochure predicted, Fairytale Town’s “nominal admission charge” for each guest, partnered with the continuing support of the community, has helped Fairytale Town remain “self-sustaining.”

In preparation for its 50th anniversary year in 2009, Fairytale Town made significant capital improvements to the park. The Mother Goose Stage was erected, interactive literacy signs were added to five of the sets to assist parents in remembering the rhymes, and to help children learn about letter sounds and sight words. The chain link and barbed wire perimeter fence was replaced with a wrought iron fence, the crumbling asphalt walkways were replaced with fresh concrete, and a new play set – The Yellow Brick Road – was brought to life. These improvements were made to ensure the park remains as magical for the children of today and tomorrow as it was when it opened in 1959.

Fairytale Town remains a vibrant and meaningful destination for families from all over the Sacramento region and all over the world. A child’s imagination is in a state of timeless wonder, so Fairytale Town’s goal today is to preserve the colorful sets its founders designed, and maintain their vision of an inspiring place for young children to explore and grow.

As Fairytale Town welcomes their fourth generation of visitors to the park, preserving the sets that grown-ups remember is also an important part of their job. Although many adult guests insist that the sets have shrunk to a fraction of their size, favorites such as the Cheese Stands Alone, the Toy Soldiers, the Old Woman in the Shoe and Jack’s Candlesticks have been lovingly maintained for more than 60 years.

Fairytale Town is still the only literacy-based park that serves children in the region. Year-round special events and educational programming introduce multicultural themes, literacy and creative experiences to their visitors. Most recently, Fairytale Town completed the Yellow Brick Road in the summer of 2012. This landmark has been a delight to those visiting Land Park, as well as Fairytale Town guests that pass through Humpty Dumpty’s gate. 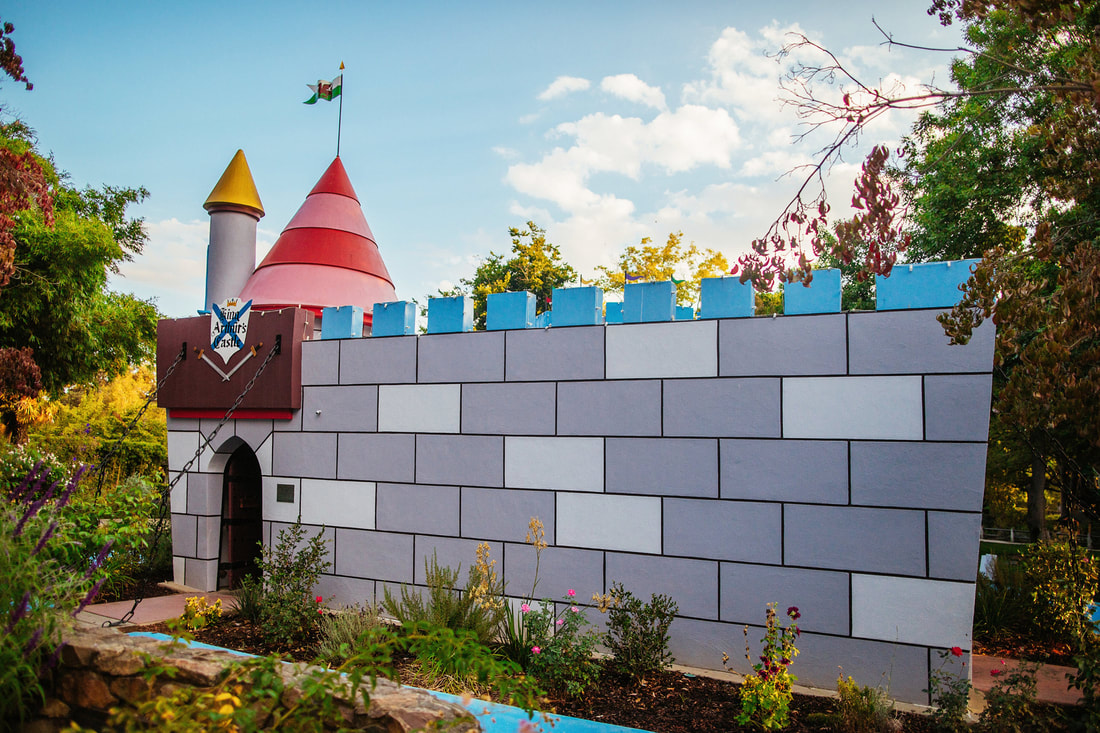