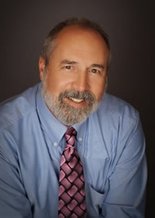 He earned his BA in Recreation Management from CSU-Sacramento (1971) and MA in Parks & Recreation from Michigan State University (1976).

Wayne was an active member of the National Recreation and Park Association as well as the California Park and Recreation Society where he held offices in District 2, Recreation Supervisors, and Commercial sections, and Board of Directors.  He was CPRS President in 1996-97.

He is retired and living in El Dorado Hills with his wife, Cynthia.  Together they have two daughters.  Nicole Lowery is a Recreation Coordinator with the City of Santa Rosa and Amy McQuillan works for the California Franchise Tax Board.

She started her career working for private recreation contractor, Leisure Pro Inc.  She worked briefly as a Recreation Technician for the Sacramento County Department of Parks and Recreation. She landed her first full time permanent position as Recreation Superintendent at the Fair Oaks Recreation and Park District.  She accepted the position of Assistant Administrator with the Elk Grove Community Services District, Department of Parks and Recreation where she worked for nearly 12 years.  The last 13 years of her career she served as Assistant General Manager with the El Dorado Hills Community Services District where she retired in December 2013.

Sandi held many leadership positions in CPRS including co-chair of the conference program committee on two occasions, the conference local host and programs committees, the State Student and Supervisors Sections and the District 2 Board of Directors, including serving as President in 1992.

Charlie grew up in the outdoors.  This love of the outdoors was one of the main factors in his decision to come to work as a park ranger for California State Parks in 1972.  In his nearly 42 years of state service since that time, Charlie's contributions at headquarters include working as a grant project officer, planner, legislative analyst, Assistant Chief of Public Relations, Statewide Trails Program Manager and Chief of the Office of Grants and Local Services.

Charlie has been a member of the organizing committee for Eppie's Great Race for 25 of the race's 41 years.  He has served in a variety of assignments including Race Director the last ten years.

In his spare time, Charlie is an avid hiker, kayaker and award winning photographer.  In the last two years, after many years, he finished hiking the Pacific Crest Trail, the John Muir Trail and the Tahoe Rim Trail.  He has competed in Eppie's Great Race for 37 consecutive years, primarily as a team member kayaker.

Charlie accounts for much of his life's success to his relationship with his wife Joan who has supported him in his many endeavors throughout their over 30 years of marriage.

Robert (Bob) Overstreet has over 40 years of varied, successful experiences in leading the creation and management of healthy, vibrant communities.  He now consults on select projects that further the sustainability of communities, and the ability of local governments to ensure the environmental, economic and equity future of their regions. Long term plans and projects he put in place continue to improve the quality of living in the communities he has served, including hundreds of parks created under his direction.

From 2006 to 2008, Bob served as the Director for the Sacramento 2030 General Plan Development and led that trend setting effort to its printing in 2008.  He continued as a consultant to the ongoing process until its adoption by the City Council in 2009.  Central to the intent of the 2030 General Plan is the protection of open space in the face of tremendous growth.

Bob took leave from his consulting firm, Management Options, in 2003, to lead the re-establishment of the Sacramento Department of Parks and Recreation. During his tenure the Department became a model for the State and Nation, producing more than a park/facility a month over a 5 year period and developing award winning programs, including the provision of early childhood education and brokering industry sponsored health coverage for all children in the Region.

Bob led the regional efforts that created the current Sacramento Riverfront Master Plan, and the Two Rivers Trail. He served on the management team that established the initial plan for the reuse of the Sacramento Rail Yards, and was a lead in the American River Parkway Planning Process.

As the CEO for Management Options from 1992 to 2003, he served an international clientele, including California cities, counties and special districts, and cities and regional governments in Eastern Europe. Prior to the establishment of Management Options, Bob served as a public agency executive for over 24 years, as a director and deputy city manager in the Cities of San Jose and Ventura, and as the General Manager of the Southgate Recreation and Park District in Sacramento County. 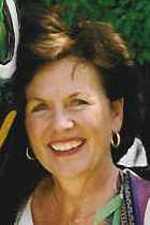 Barry is a planner with the ﻿California﻿ State Parks, Marketing and Business Development Office (formerly the Planning Division﻿).  Barry earned his BS in Recreation Administration with a concentration in park/recreation resources management, a BA in Geography and a MS in Recreation Administration from California State University, Sacramento.  He also holds a certification from American Humanics, a national program certifying professionals to strengthen and lead non-profit organizations.  Barry is also a National Recreation and Park Association Certified Park and Recreation Professional.

Barry served on the CPRS District 2 Board of Directors for six years in positions ranging from Student Representative, Vice President of Communications and President.  He worked to continue the organization’s message of Advancing California’s Park & Recreation Profession.

Barry is a six-year veteran of the U.S. Air Force where he served as a still photographer.

Barry is active in all aspects of geographic recreation including geocaching and enjoys spending time with his wife Lorna and their four children. ﻿

Barbara's roots in the Elk Grove community took her back home in 1985 to serve as the first Administrator of the Elk ﻿﻿Grove Community Services ﻿﻿District (currently the Cosumnes CSD) Department of Parks and Recreation. In that year the Parks and Recreation District under her guidance, merged with the Elk Grove Fire Department to become the EGCSD. For the next 16
years she worked with the Elk Grove staff to build over 50 parks and open space networks, in conjunction with developing a finance mechanism to maintain the facilities. Recreation programs expanded and the District received several CPRS awards.  When she started in 1985, the District had one park and Laguna, East Elk Grove, Laguna West, Lakeside, Camden Passage and East Franklin did not exist.  With her guidance, long range planning for park and open space in each of these regions was completed. Upon her retirement in 2002 she was honored by the District and the community with the Barbara Morse Wackford Community and Aquatic Complex being named in her honor.

Prior to returning to Elk Grove Barbara worked 11 years (1973-1984) for the County of Sacramento Department of Parks and Recreation as a Recreation Supervisor and County Service Area Administrator.

Upon retirement Barbara established BMW Consulting to assist Park and Recreation agencies with long range planning.  As CEO of BMW she worked with the City of Sacramento and was actively involved in the planning for the North Natomas community.  She also prepared the Master Plan update for the City.

Barbara has been very active with the C﻿﻿alifornia Park and Recreation Society, the Strauss Festival of Elk Grove, the Sacramento Tree Foundation, and the Friends of the Library Belle Cooledge branch.

Debby grew up in Lodi before moving to Sacramento in 1969 to attend California State University, Sacramento where she graduated with a B.A. Degree in Recreation Administration and a minor in Psychology.  She was employed by the Mission Oaks Recreation and Park District in 1974 where she held positions as Recreation Supervisor, Recreation Services Director, Planning and Facilities Director and since December 2003, Administrator.  Debby retired in 2015.

Debby is married to Mike Walker, an avid tennis player and the proud mother of Steven.

Debby spends her time volunteering with the Boy Scouts leadership, the J.R. Needy Scholarship Foundation Board, the Legislative Advocacy for Park and Recreation and the Touchstone Christian Fellowship Women’s ministry leadership team.

Her other Interests and activities include photography, downhill & cross-country skiing, camping, hiking, backpacking and just about anything outdoors.